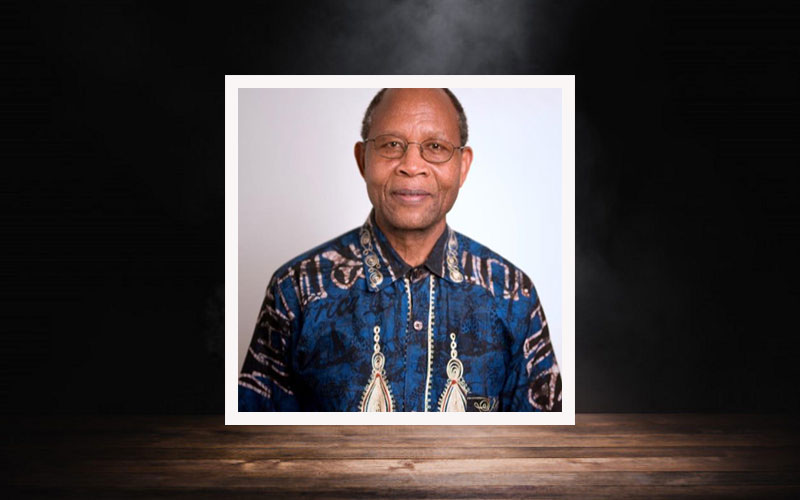 Perched on a 1,350 meter above sea level on the Pare hills, Mbaga-Msindo Mararo is a famous village in Same district. Its fame is rooted in the early Lutheran church establishment that made it a central village among the Pare people in Tanzania. This is where Paul Makoko was born and raised by parents who were Muslims before they converted to the Seventh-Day Adventist faith. Paul is the fifth of seven kids, three boys, and four girls. The Muslim history left a mark on the kids as the first two bear Muslim names, Zainabu and Juma – to date. Paul’s formative age in rural areas on the slopes of Pare Mountains taught him key lessons that he practices in his adult life – integrity, hard work, generosity and strong Christian belief, all of which were instilled by his parents and the closely-knit social network of the Mbaga-Msindo community. 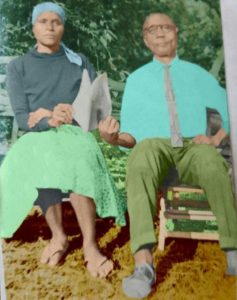 Parents converted to Adventist faith when Paul was not yet born, and the new faith came with immediate changes in the way they conducted business at home. Church services and singing became a new normal in Makoko’s family. Evening devotions also became a new normal, and the children liked the new faith because of singing, children’s activities, and routine of Sabbath-keeping and wearing clean clothes and fashionable flip flops on Sabbath day. Mama also cooked an exceptional meal on Sabbath day, and this was one the most liked Sabbath rest and blessing among the Makoko kids. Paul liked church because they met with other kids. It was a relaxing time, and it was enjoyable.

This newfound faith translated into the farming activities as Paul and his siblings would go to pick coffee berries and start singing. The song was so melodious and beautiful that neighboring farmers would ask them to sing their beautiful songs again. The neighboring farmers would even join them in singing familiar songs that the Makoko kids sung frequently. This included Muslim farmers who joined the Christian singing songs.

Paul liked playing soccer with other kids in Mbaga-Msindo. He also played other games in the village, but soccer was the basic game that each boy in the village liked. Playing games included the time they were looking after cattle and small ruminants, and this multi-tasking carried its risks. One day, Paul and his friends had a fascinating soccer game, and they forgot about their cattle. The unattended cattle strayed into crop plots and destroyed the crops. The boys realized that the cows were destroying crops when they heard a farmer shouting furiously at the boys. They realizedthat they were in big trouble. Paul’s father was informed of the destruction, and he canned Paul very hard. Yes, canning was prevalent throughout his childhood life, but Paul has never forgotten this episode because it also carried the weight of guilty of the destruction of a neighbor’s crops. 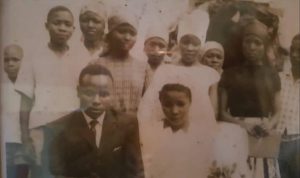 One of the unique teachings that Paul received from his mother was cooking. His mother, who is now 101 years and the only surviving parent, taught all her children how to cook – boys and girls. Women and girls do cook in Africa, and Paul’s mom was doing and nontraditional teaching. This early childhood teaching has been ingrained in Paul, such that to date, he isn’t a father who sits in the living room watching TV while waiting for the dinner table to be set. He is always in the kitchen all the time washing dishes and helping his wife with cooking. He does this even though his kids are around to do such chores. 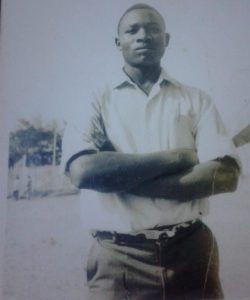 Like other boys in Tanzania, Paul had to go through college and get a job before getting married. This happened to Paul in 1981, when he married Neema. When Paul started to work at Kilombero Sugar Company, Pastor Aggrey Kukome – Paul’s brother – asked the usual question a big brother would ask – “do you have a girlfriend and if yes, when are you planning to get married?” Paul didn’t have the right answers to both questions. The big brother had expected this nondescript answer and had a solution. He told him about Neema Stephen Mcharo – an upright beautiful girl at Manka Secondary school – where Pastor Kukome ministered. Paul got interested and agreed to establish a relationship with Neema. The relationship blossomed quickly, and they started exchanging love letters. As usual, the letters of girls then were handwritten and prepared carefully – with flowers drawn by hand and carefully colored to reflect the blossoming love. 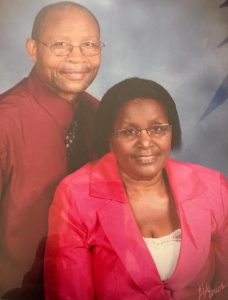 In some cases, the letters were laced with perfumes. What a comparison with contemporary SMS and emoji-filled letters that old-timers need an Emojipedia to understand the new lingua franca. Paul’s heart would pound like a sledgehammer whenever he received a letter from Neema.

Neema ended up going to Butimba Teachers’ College and continued sending Paul those heart-throbbing letters from the Rock City of Mwanza. They finally got married in 1981 when Neema graduated from college.

The wedding took place in Suji-Gonjanza and was presided by pastor Adili Stefano. Neema was due to go to a one-year compulsory draft that each high school or college graduate was supposed to take immediately after graduating. She joined the National Service (Jeshi la Kujenga Taifa – JKT) in Oljoro Arusha camp. It seems like the newlywed couple didn’t waste time at all as she realized that onion didn’t smell good anymore – a sign she was pregnant. The JKT does not allow pregnant servicewomen to serve, and Neema was sent back home and ended up not serving the compulsory draft. Paul and Neema welcomed their first child in Kilombero Sugar Company. Paul and Neema enjoyed life with the new baby girl.

Something exceptional about Neema is her gifted hands of cooking. Paul enjoys her cuisines, and he is spoilt so much that he always has difficulty eating out. She is very creative and cooks the best food that Paul has ever eaten in his life. He is so happy with her cooking talent that he thanks his God every time they assemble around the dinner table.

It was through Kukome’s family that Paul came to the US in 1992. Paul settled in the Boston area, and his family joined him years later. They lived in Massachusetts for many years and moved to Washington State in 2008. They are now settled in Oregon State. 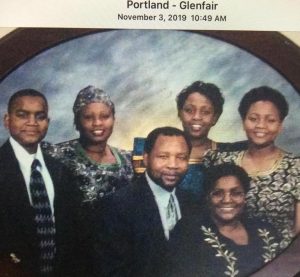 Beyond dishwashing, Paul’s wife has strengthened him spiritually for unique reasons. After settling in Oregon for a few years, Neema started developing interest in keeping the Lunar Sabbath, which is one of many splinter Adventist sects. This caused friction in the family since it hit hard the core foundation of their family. This led Paul to study the Bible and Spirit of Prophecy extremely hard for him to fully understand the meaning of the Sabbath he observes and how it differs from the new faith that his loving wife started following. He also prayed and fasted with their children hard to seek God’s guidance since the new faith in the family automatically affected the spiritual fabric in the family.

This in-depth study of the Bible and earnest prayers helped Paul to discern even more things that he would otherwise not have discerned. Just like David sung in Psalm 119:105, “Your word is a lamp to my feet and a light to my path,” Paul was enlightened in the word, and his faith grew even stronger, turning this unwelcome episode into an unexpected spiritual benefit. He also encouraged his kids to study the Bible to answer questions, and they grew spiritually. This helped him and kids to be more grounded in their Adventist faith, and he credits this deep faith to his wife’s new faith. Their marriage has strengthened even more because they respect each other’s spiritual standing.

If there is somebody who could give practical advice to young couples and would-be couples, it is Paul, who has gone through a difficult time in his relationship with his spouse yet came out even stronger spiritually and in marriage. Paul’s advice to couples and would-be couples is “understand God’s purpose in every episode and know that everything that comes your way is meant to strengthen your faith in Jesus Christ.” The lunar Sabbath encroachment in his family came to get Paul and kids to study the word more deeply.

Paul is one of the few founding members of TAUS. They started as a Tanzanian community, including those who were non-Adventists. They were meeting to open Sabbath together on Friday evenings. In 1999, Pr. Geoffrey Mbwana visited Boston and challenged them to remember the church in Tanzania. The Tanzanian Adventists in the New England area took this challenge seriously and met regularly to put into action Pastor Mbwana’s challenge. They coined the new name TAUS – Tanzania Adventists in the US (TAUS). They also designed the first constitution, bylaws, and incorporated TAUS as a not-for-profit organization – i.e., TAUS Inc. Many people joined TAUS Inc. in the New England area, and Paul was selected as the first president. This gives Paul the unique title of the founding father of TAUS Inc.

He and other leaders experienced many challenges due to different perspective which TAUS chartered members had. Some people – especially young people – wanted TAUS to be a social organization, while others wanted the organization to tackle serious matters in line with Pastor Mbwana’s challenge. Another challenge came when Paul and other chartered members planned to spread TAUS activities beyond the New England area. Some members wanted TAUS to remain confined in the New England area, and it took a concerted effort by Paul and other visionary members to convince members to spread the organization. The first break came in 2012 when the first retreat was held in Takoma Park, Maryland (please see table below). Paul is now surprised to see chapters all over the country with a large membership. He is delighted to see the expansion and the impacts, which TAUS has made in Tanzania.

On what TAUS should do, Paul feels that spiritual baptism is needed to achieve bigger things. God has charged us to do His work in Jeremiah 29:11. He was delighted last year to see spiritual lessons that emphasized the spiritual growth. He is happy with the current leadership because it is mission-oriented. For example, the investments currently going on evangelism, health, and education are very encouraging and resonate very well with the dreams that he and other chartered members had when he served as the first president.

Paul is asking TAUS members to look at its emblem and its powerful words – “Here am I send me.” Jesus has promised us, “I am with you always, to the end of the age.” Matthew 28:20. TAUS should not be scared of dreaming big and doing big things “For all the promises of God in Him are Yes, and in Him Amen, to the glory of God through us.” 2 Corinthians 1:20.