Meet Magoma, the man of God 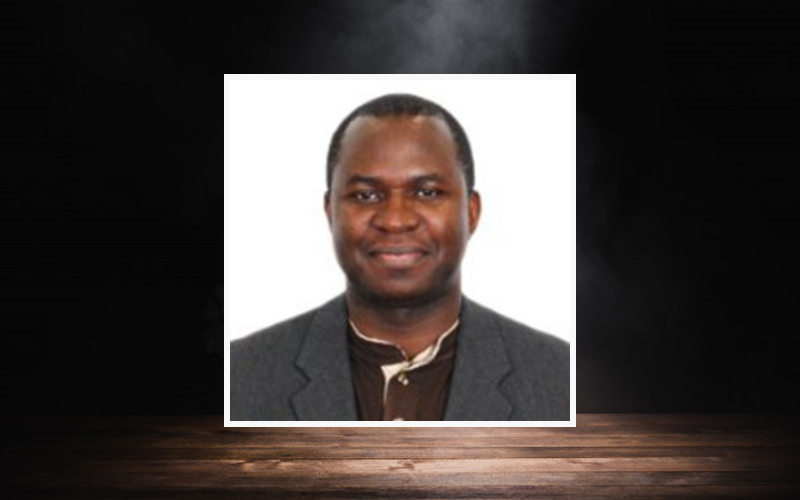 Posted at 16:53h in Member Stories by Webmaster

Meet Magoma, the man of God

Magoma is an accountant at the National Democratic Institute – which supports democratic institutions and practices in the world. Magoma enjoys the mission of his institute of helping other countries enhance democratic reforms and accountability. Just like Simon (Peter) who allowed Jesus to preach on his fishing boat (Luke 5:3), Shukrani is Jesus’ open letter to his coworkers. He has created a positive social environment around himself that reveals Christ’s character. I asked him, If I were to sit in a plane next to his coworker and I mention that I know Shukrani, what thing is that person likely to tell me about you? Magoma replied “the most positive guy even under a very stressful situation.” As will be seen below, Shukrani’s cool reflects what his mother taught him in life. 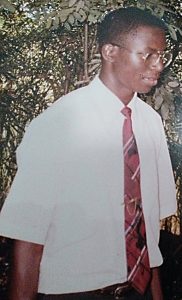 Born in Namalaba village in Bunda district (Northern Tanzania) to a Seventh Day Adventist family of Josephat Magoma and Naomi, Shukrani grew up in the same village his father grew up. He loved the village life so much that when his family moved to Musoma town and later to Tabora, Shukrani decided to stay in Namalaba at his paternal uncle’s home, whose son was Shukrani’s best friend. As a young boy Shukrani loved singing from the very tender age. He sung in the children choir and it was no surprise that when he was only 16 he became the choir master of 10 members – including his father and his sister Ana. 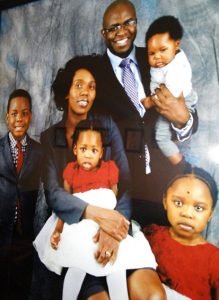 It is not an easy task to lead your father when you are a young teenager. I asked Shukrani how he addressed his father’s off-tunes and other mistakes in front of the whole choir. Shukrani’s reply surprised me. “I always corrected him and he listened since my father is a humble person and he loves God.”

What Greatest Lesson Did You Learn From Your Father and Mother?

His father spiritual growth taught Shukrani a big lesson. Josephat Magoma was a religious man sojourning on the narrow path to heaven. He fell and woke up to strengthen his relationship with God. Similarly, Shukrani’s Bible role model personality is Peter – a flawed servant with weaknesses and strengths – but always determined to do God’s work with zeal and strength. 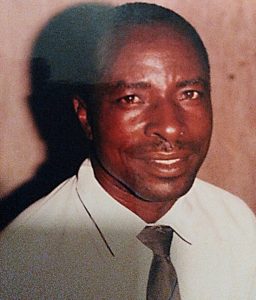 Naomi – Shukrani’s mother – is a hard working woman who loves God and serves Him – no matter what. Like other mothers who love the Lord, Shukrani’s mother saw her children through thick and thin. She worked very hard to keep her children happy and safe and above all nurture them spiritually. Like a duck swimming across a river with feet vigorously wading under the water surface but with the rest of its body in perfect peace, Naomi was always even-keeled with a face pointed towards the sun under any stress and pressure. She is also like Nelson Mandela who once said “I am fundamentally an optimist. Whether that comes from nature or nurture, I cannot say. Part of being optimistic is keeping one’s head pointed toward the sun, one’s feet moving forward.” It is the same lesson that Jesus tells us in Matthew 6:25-34 that we should always remain happy and not worry about tomorrow. Shukrani has carried mama’s lesson in his life and one will always see him wearing his sunny and radiant smile.

How Did You Meet Your Wife and How Did She Win Your Heart?

Shukrani moved to US in 2000 to undertake undergraduate studies at Strayer University, the same University that his wife – Adela Kusaga – attended. Their interaction was immediate once they first met since they had a lot in common – both were Tanzanians and Seventh day Adventists, doing the same degree in accountancy and were both self-funded. She did several jobs to earn college fee and living costs. Even under such financial pressure that many self-funded foreign students experience in the USA, Adela was also supporting her family back home and this made Shukrani see Adela’s self-sacrificing and self-emptying love. The moment of reckoning came at the end of Adela’s degree. Couple of weeks before graduation, her brother called asking for school fees.  At the same time, Adela had a huge student loan that she needed to pay before she could be allowed to participate in the graduation ceremony. She did not have money to pay both her brother’s and her own school fees and she had to choose to pay one of the two school fees. Adela chose to pay her brother’s school fees instead of hers!!! This won Shukrani’s heart and the rest is history. They got married on June/13/2010. It is also Adela who invited Shukrani to TAUS in 2008. She told him about a TAUS meeting and he attended and eventually joined the group and Shukrani is now TAUS’s Secretary.

The magoma family is a happy spiritual family. Family evening devotion is time they enjoy the most – as this occasion brings everyone together after a long day of work and school. Adela is the government in Magoma’s family. She makes and enforces house rules and everybody has to comply with them – including Shukrani. Magoma’s family has a clown too – Nadeah – who is three years old. She is a drama queen and makes everybody laugh their lungs out when she does her acts.

Shukrani’s first address in the US was southeast Washington DC. A coworker – who also living in his neighborhood was a Seventh-Day Adventist. She picked him up to go to a nearby black church. Magoma was shell-shocked by congregation’s animated response to the preacher sermons and songs. This was in stark comparison to Tanzania’s traditional worship style. A Christmas tree in church was another big surprise for Magoma. Looking back to 16 years ago, Shukrani is now used to this and he gets a reverse culture shock when he attends churches in Tanzania.

Shukrani started working for the Lord and held leadership position when he was only 16 years old. He has not stopped working for the Lord. His most uplifting Bible verse that has driven Shukrani’s work for the Lord is Jeremiah 29:1 For I know the plans I have for you,” declares the Lord.” Shukrani was a deacon in his Takoma church. Magoma’s family has now moved to Waldorf church in Maryland. He also served as chair of TAUS Maryland chapter from July 2012 to July 2016. During his leadership, Maryland chapter hosted a successful retreat in 2015. He also chaired quarterly meetings in which development projects were discussed. A total of US$15,000 was raised to fund three projects – each US$5000.

Shukrani is now the TAUS secretary and he plans to exploit new opportunities to expand God’s work – including fundraising outside the TAUS members – something which TAUS is currently exploring. Shukrani’s dreams for TAUS mission is “strengthen each other spiritually, raising money to help other spiritually and socially.” Shukrani’s message to TAUS members is “let us ask God to help us to pull us together to him and we should help others to draw closer to Jesus.”

My last question to Shukrani for our interview over lunch was this.

We will have the blessed privilege of spending 1000 years in heaven’s school – learning lots of things that we currently keep asking ourselves. I have many questions that I will ask Jesus during those 1000 years of learning. What is the biggest question that you will ask Jesus when you meet Him in heaven? His answer was “I would like to know why Jesus – being the creator of the entire universe – gave us his life to save sinners.”