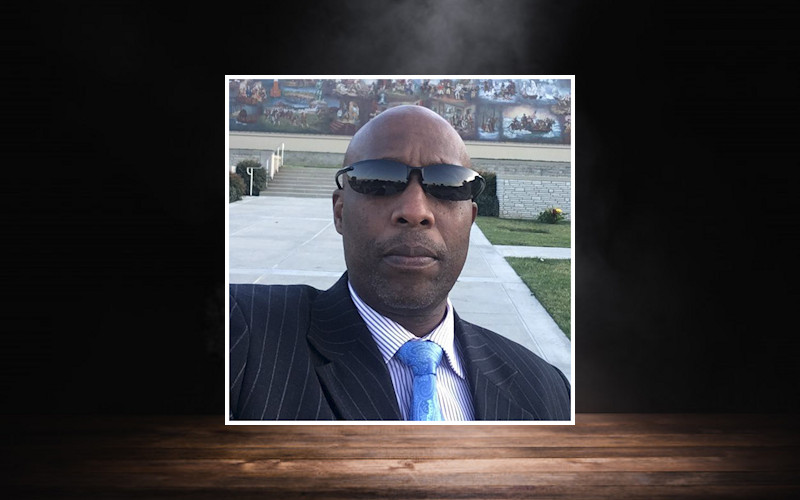 Posted at 08:00h in Member Stories by Webmaster

Eliamani Saburi is one of the founders of TAUS Inc and his story will help you to understand the background of his blessed life of service to the Lord and TAUS’s early history. His family and social life in general is also inspiring. This story covers his childhood, Family life and his role in establishment of TAUS. 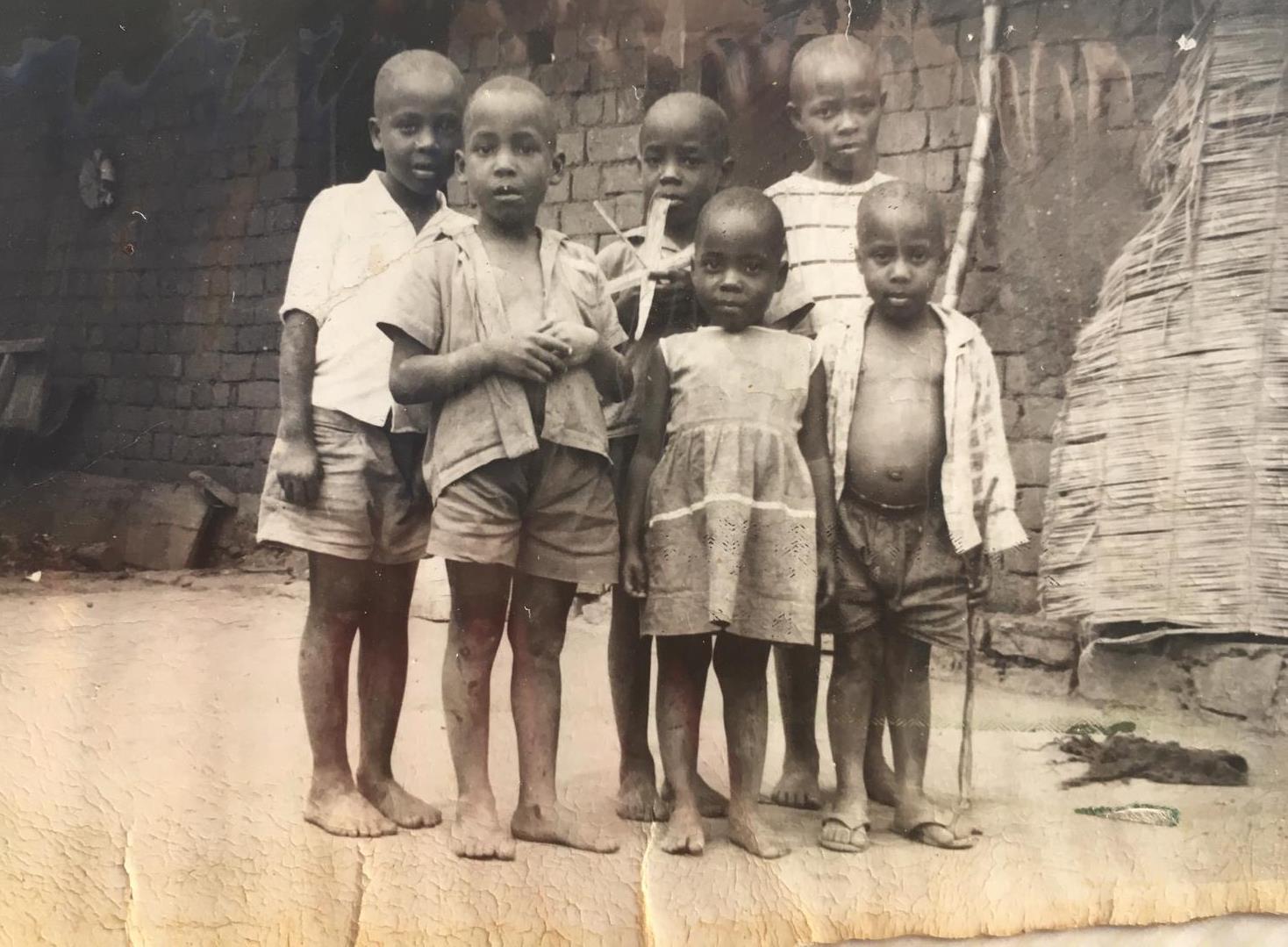 Saburi as seen with cousins and aunt (front row 1st right with unbuttoned shirt, only one wearing sandals).

Childhood Eliamani is a third culture kid – born to nomadic parents. Both parents were teachers of Seventh-Day Adventist schools in Kibumai, Tarime – where Eliamani was born. The parents then moved Ikizu in Bunda district, where Eliamani’s mother continued to teach but father switched to an accounting position. The family then moved to Bupandagila primary school in Simiyu region where his mother kept her teaching position while father did accounting and other administrative positions.

This nomadic life made Eliamani a polyglot– fluently speaking four languages – as well as making him a nomad. Besides Tanzania, Eliamani has lived in India and the US – qualifying him to be a glomad – an international nomad.

Wherever little Eliamani lived, he followed Apostle Paul’s advice of cultural immersion – who said “To the Jews I became as a Jew, in order to win Jews… 1 Corinthians 9:20-23. But Eliamani’s cultural immersion got him in trouble in some cases. When Saburi’s family lived in Bupandigila that Eliamani quickly became fluent in the Sukuma language, so much that he liked using it more than Swahili – the national language. Tanzania is the 20th most linguistically diverse country in the world and the first president of the country – Mwalimu Julius Nyerere – instituted regulations to build national unity. One of the regulations is to have all primary school students to only speak the two national languages – Swahili – or English – the second national language. Punishment was meted against students who were caught speaking other languages on school grounds. Little Eliamani was one of those who were caught talking Sukuma on school ground. The teacher on duty was very surprised that a non-native Sukuma speaker is breaking this law. The teacher gave Eliamani a punishment that was twice as severe as that given to native Sukuma speaker offenders. 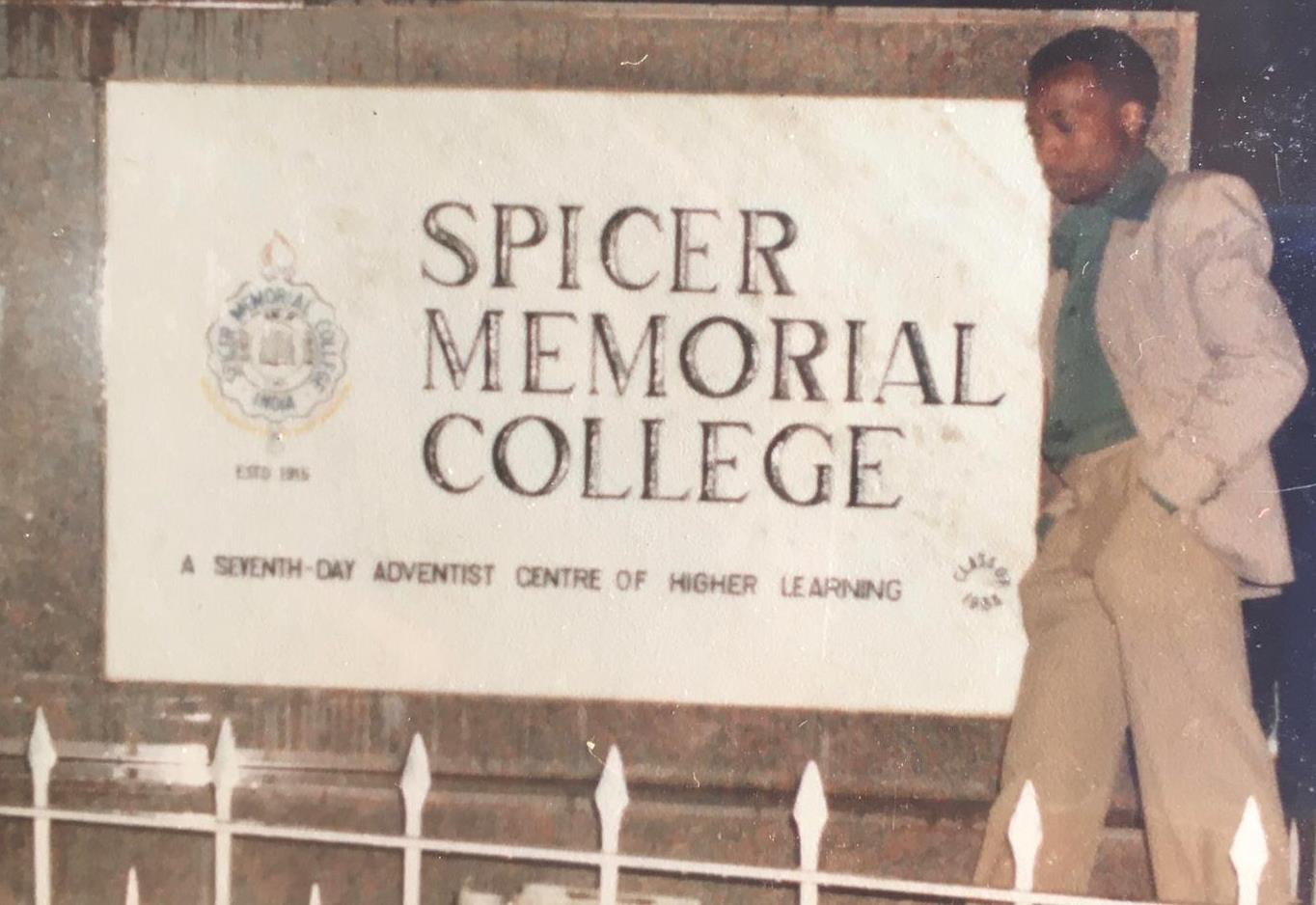 At home, Eliamani was raised by upright and God-fearing parents. His mother was a disciplinarian and literary the government. She taught her kids many spiritual things and continues to teach them to date. Mom made sure all kids did their school homework and did all chores – regardless of their gender. She ensured the kids behaved in the Christian and upright way. Both parents ensured that all kids participated fully in all church activities including Mission Volunteers (MV), Choir activities, preparing Sabbath school, youth leadership, and other activities. 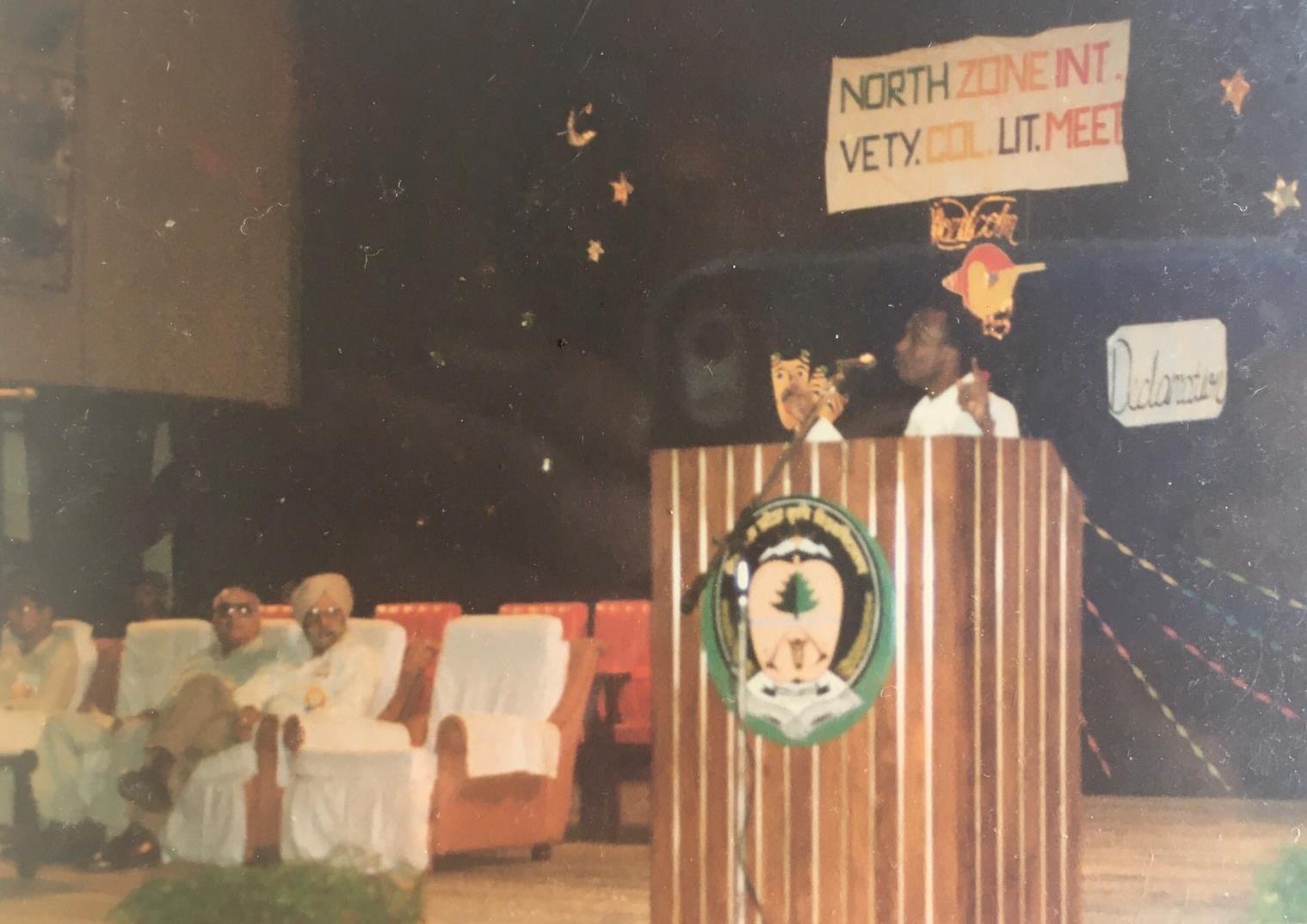 Dad was a very busy at work in office and often traveled for work, but he was the spiritual leader, and groomed all kids to serve the Lord. Dad believed that Eliamani is a good public speaker and he wanted his child to develop this spiritual this gift to serve the Lord by teaching him how to do public speaking in church. The first practical lesson was to present a Mission story when he was only about 9-10 years old. There was a big camp meeting in Bupandagila where many people attended from around the field (conference) districts. His dad told him to present the mission story to this big audience. He tried to resist telling his dad that he can’t, but dad encouraged him that he will do just fine. The two did several dry runs to prepare little Eliamani for the big presentation. Then the day came for him to present the mission story. The stage fright kicked in and Eliamani started shaking during his presentation. The audience was very attentive and supportive, but this still didn’t cure the stage fright that Eliamani was experiencing. He stumbled several times, but moved on to the end. There was big amen from the big audience as they saw how the young boy struggled through but made it through to the end while still standing.

The dad also groomed Eliamani to be a Sabbath schoolteacher and he taught adult classes when he was still a teenager. He continues to teach Sabbath school to-date! 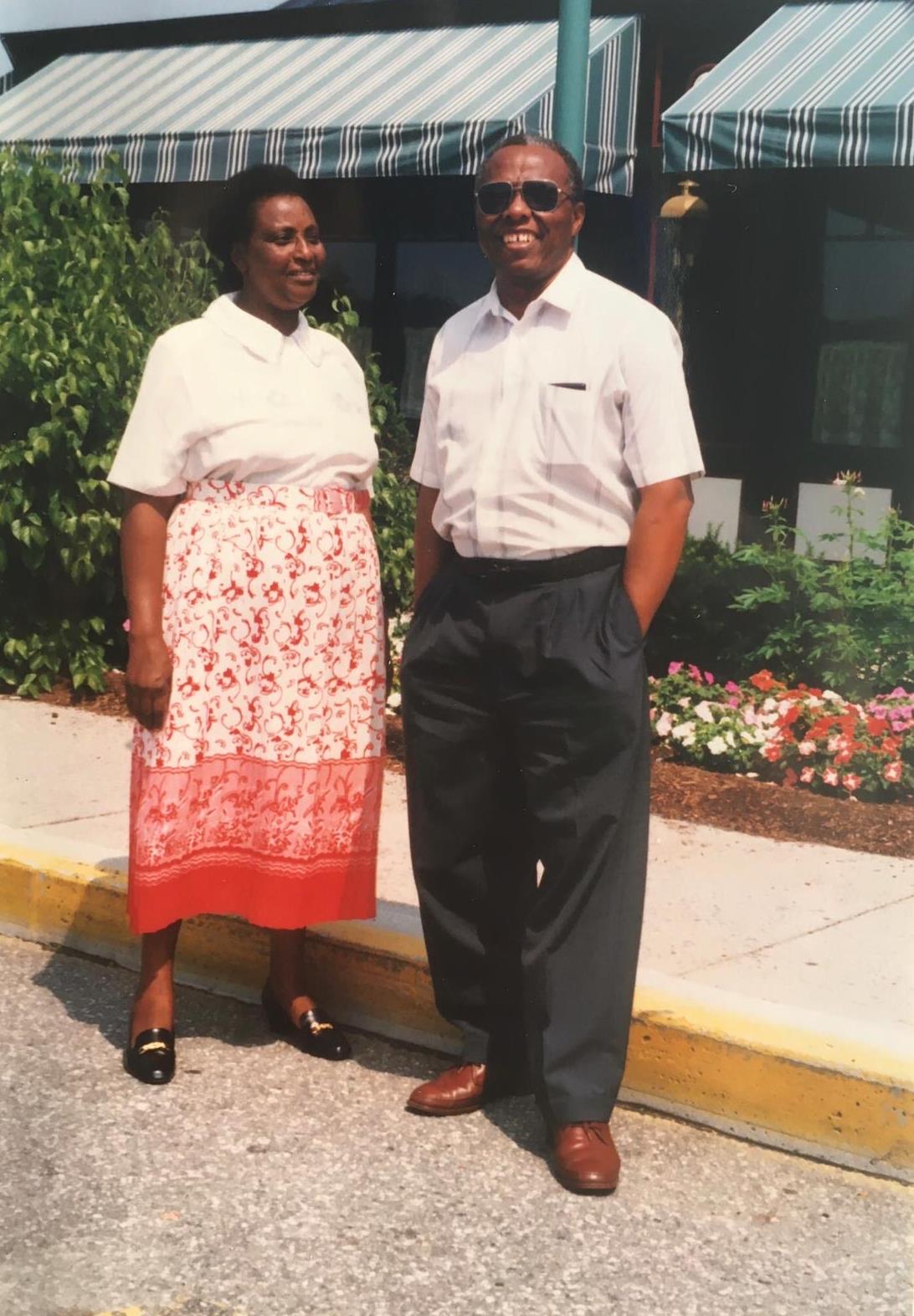 Saburi came to US when he was still a young, unmarried man. He was becoming among the “most eligible bachelors” in his family and friends circles. Family and friends were already posing that big question –“when will we hear the big news?” Among those, asking this question was Saburi’s father. As is always the case, there was the frequent father-son adult talk about life. Saburi’s father has been trying to understand if his son would one day announce the big news of having a fiancée, but the news was not coming. He was getting even more worried given that his son is in a foreign land. “Will he marry a Mnyika (non-Pare person), or other western race? These concerns led the father to take action as he figured that Saburi is a bit timid and probably not thinking about this important decision.

In early 1999, Saburi and father had their regular on-the-phone prayers, a suggestion was dropped out of the blues. “Saburi, I would like to make this recommendation to you, she is a God-fearing girl who you probably don’t know. Her name is Sifael Yohana. Please consider her as you think of your future spouse.” The father said. Saburi didn’t expect this bombshell and twist in the conversation. He posed a bit before answering. “Yes, I would like to establish a relationship with her and see where that will go. Please share her contact information.” The father was thrilled to receive such an instant success. He gave an ear-to-ear smile and said, “thank you Saburi for considering her. I will get her contact information.” 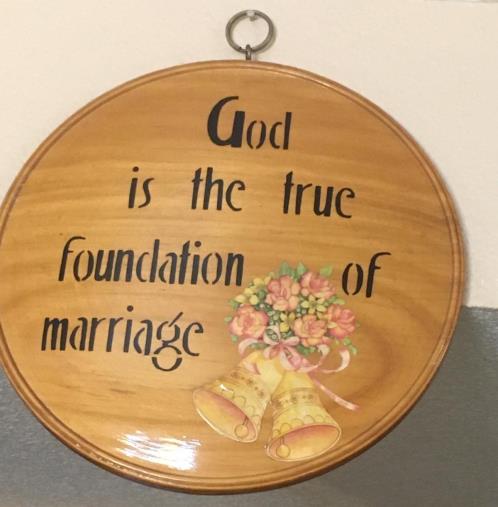 One of the wedding gifts given the newlywed couple – Sifael and Saburi.

In late 1999, Saburi went to Tanzania and got married to Sifael in 2000. Pastor Geoffrey Mbwana presided over the wedding – which took place in Morogoro and Saburi became a husband.
Saburi loves his wife deeply and he feels that through many prayers, God led the way. She has special virtues better summarized in Proverbs 31, which he wanted it read during the wedding ceremony but time did not allow.

(10) A wife of noble character who can find? She is worth far more than rubies.
(12) She brings him good, not harm, all the days of her life.
(13) She selects wool and flax and works with eager hands.
(14) She is like the merchant ships, bringing her food from afar.
(15) She gets up while it is still dark; she provides food for her family and portions for her servant girls.
(16) She considers a field and buys it; out of her earnings she plants a vineyard.
(17) She sets about her work vigorously; her arms are strong for her tasks.
(18) She sees that her trading is profitable, and her lamp does not go out at night.
(19) In her hand she holds the distaff and grasps the spindle with her fingers.
(20) She opens her arms to the poor and extends her hands to the needy.
(21) When it snows, she has no fear for her household; for all of them are clothed in scarlet.
(22) She makes coverings for her bed; she is clothed in fine linen and purple.
(23) Her husband is respected at the city gate, where he takes his seat among the elders of the land.
(25) She is clothed with strength and dignity; she can laugh at the days to come.
(26) She speaks with wisdom, and faithful instruction is on her tongue.
(27) She watches over the affairs of her household and does not eat the bread of idleness.
(28) Her children arise and call her blessed; her husband also, and he praises her:
( 29) “Many women do noble things, but you surpass them all. 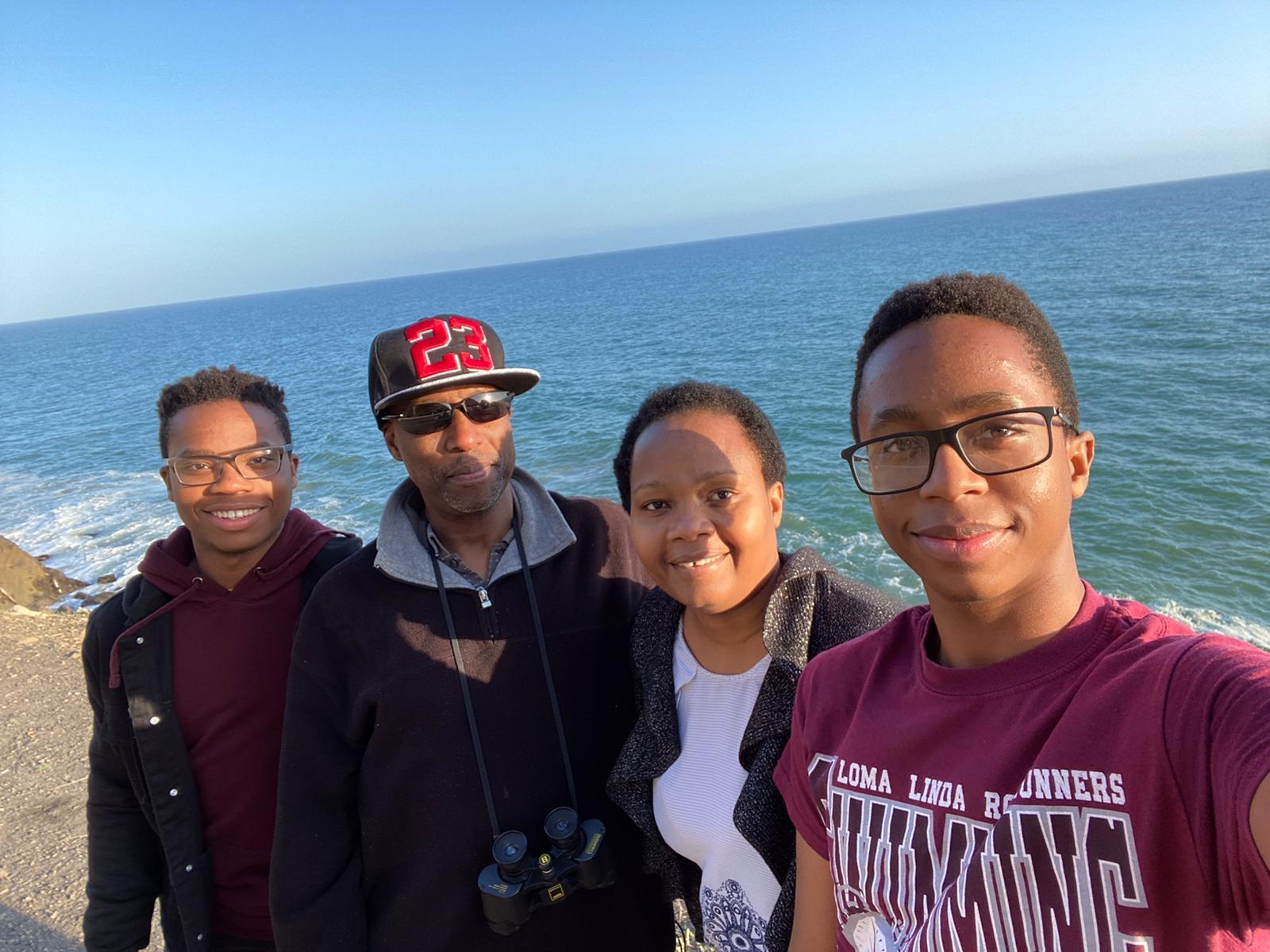 Sifael is very gorgeous and understanding and Saburi thanks God for giving him his wife as a very special gift. He has an advice for young people who are thinking of getting married and those already married. One of the wedding gifts they received was a plague emblazoned “God is true foundation of marriage.” Marriage takes three, the couple and God.

Establishment of TAUS and Your Role

In 1999. Pastor Mbwana – who was then the President of the Tanzania Union – came to visit Saburi, family and friend in Boston metropolitan area. Among other discussion with Saburi Pastor Mbwana requested an opportunity to speak to the Tanzanian Adventists in the New England area. After a community potluck lunch, Pr. Mbwana gave a brief report about the progress of God’s work in Tanzanian union. Pr. Mbwana then challenged the group to remember home. “You should remember to support the church and its work back home.” People got very excited about this idea.

Saburi was especially motivated since when he was in India, he noticed the strength of communities, one of which was an Adventist communities from Tanzania at Spicer Memorial College. He has seen the strength of organized community. President Barack Obama once said “Change will not come if we wait for some other person or some other time. We are the ones we’ve been waiting for. We are the change that we seek.” It was time for the Tanzania Adventist community to get organized and support spiritual development back home. 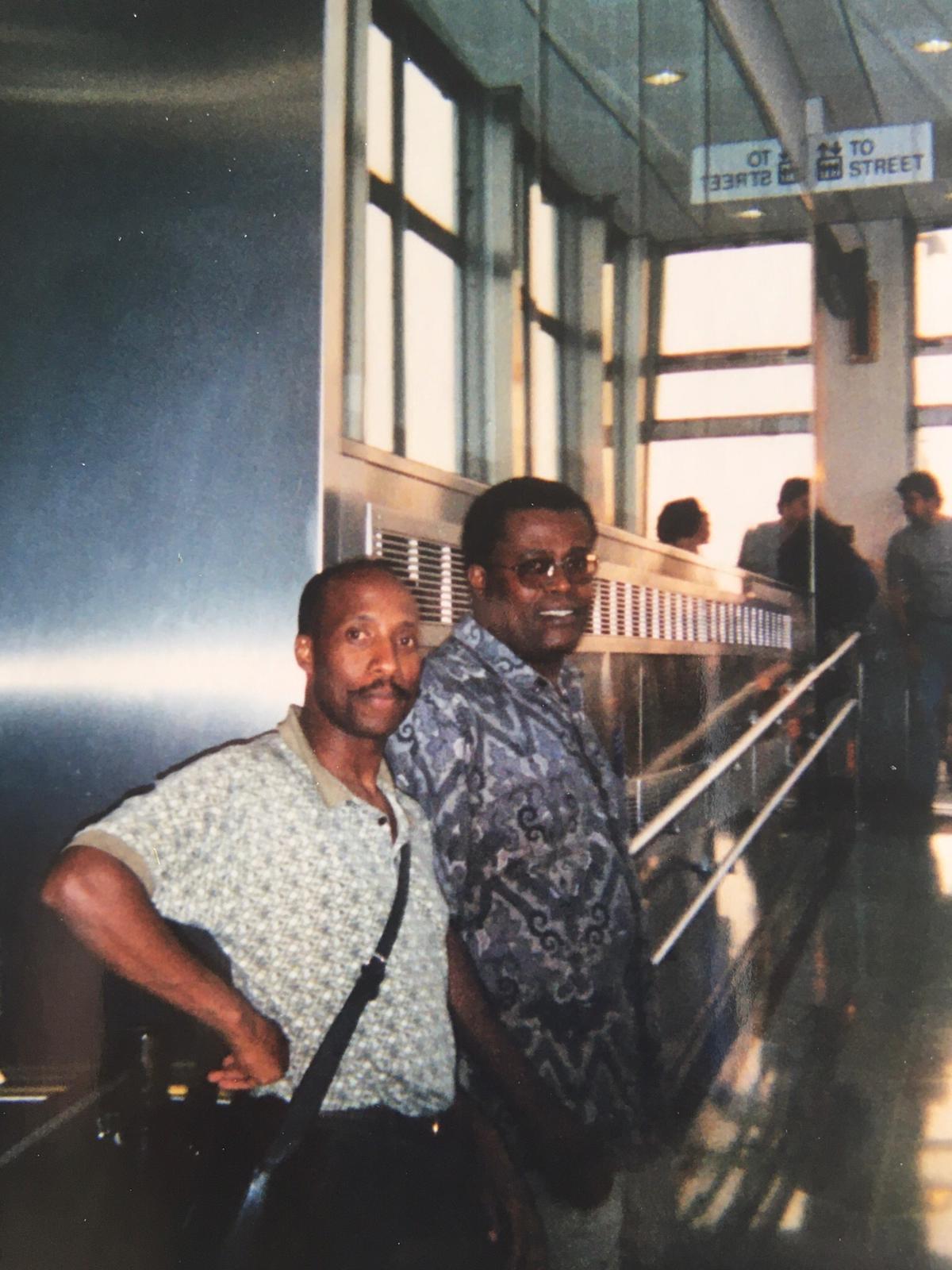 Eliamani and Pastor Mbwana in New York in 1999 – on transit to Massachusetts, where the first meeting, which led to TAUS establishment.

The initial excitement was quickly met with the reality of inexperience, and varying commitment levels. Much legwork and logistics needed to be formalized and sorted out to establish the group. However, God led a few chartered members to persevere and carry out this task to its completion. This effort led to formation of the Tanzania Adventists in the United States (TAUS), which was registered as TAUS INC. by the Commonwealth of Massachusetts in Feb 2002. TAUS Inc. is a Federal tax-exempted non-profit 503 (C) organization.

Eliamani Saburi became the first secretary and Paul Makoko was the first TAUS president. The founding members of TAUS Inc. were only about 35. Male and female members accounted for 54% and 46% respectively of the total membership. As expected, majority of the chartered (founding) members were from TAUS’s birthplace – Massachusetts.

The young group faced challenges – including lack of experience and expertise in establishing theyoung organization and creating awareness of the group among Tanzanians in the US. The young group also did not have funding and had very limited experience in resource mobilization. Another problem was poor communication with church members in Tanzania. Despite these challenges, TAUS Inc. slowly got established – with a draft constitution and other formalities completed in the first few years.

Saburi also advocated collaboration with other volunteer organizations in the US and Tanzania. This included Adventist Development and Relief Agency (ADRA) – an effort that has not worked to date, Association of Tanzanian Adventist Professionals and Entrepreneurs (ATAPE)-which is now strong, and Adventist Laymen’s Services & Industries (ASI) for which TAUS became a member for few year.

Saburi’s advice to the current TAUS leadership is to be ambitious. He sees the current leaders have visions and dreams, but it will take perseverance and trusting God to have their visions and dreams implemented. He is praying for TAUS success in its mission of evangelizing, educating and providing health to Tanzanians.