Improving and Expanding Access to Health Services in Mtwara 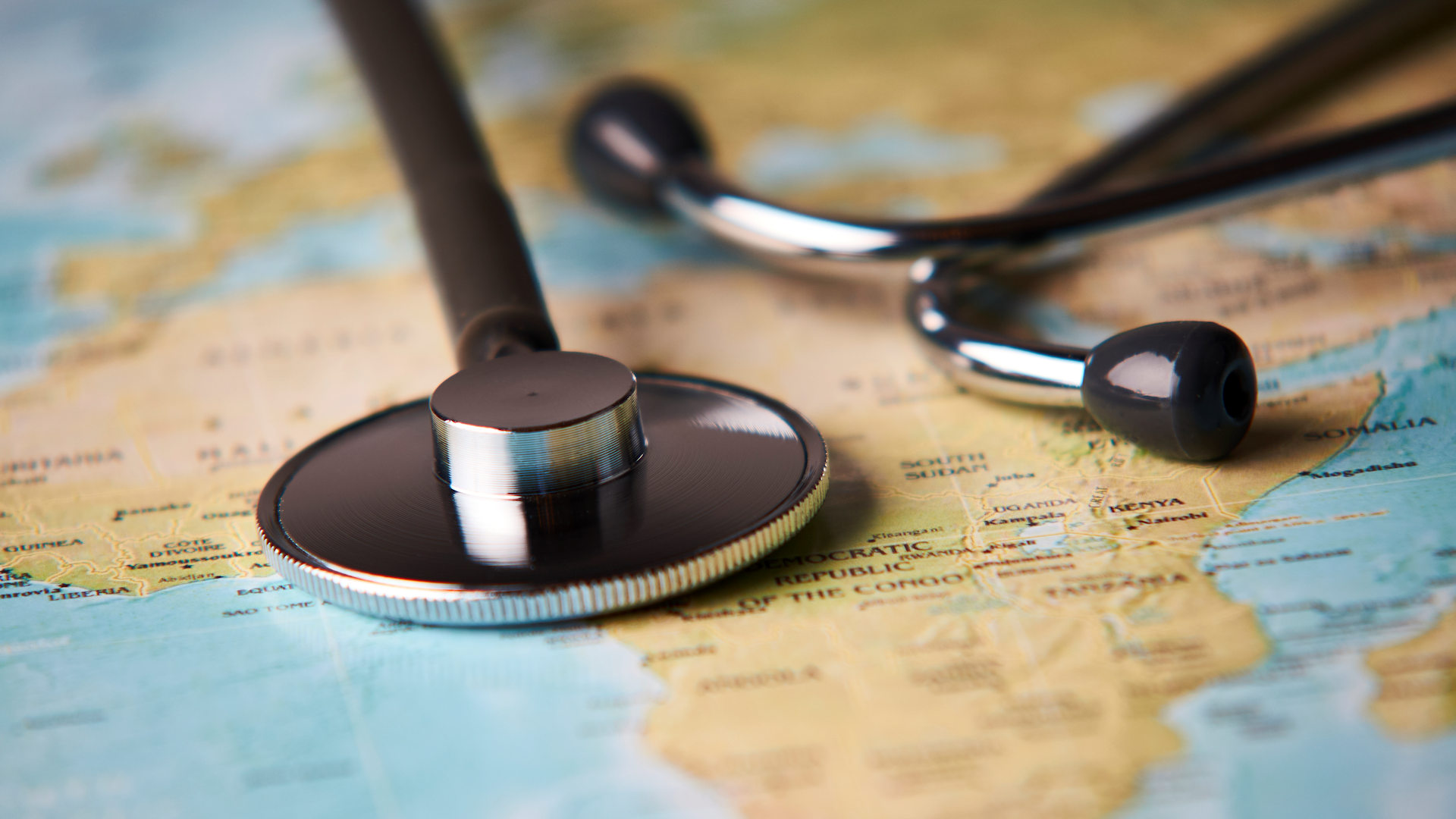 25 Mar Improving and Expanding Access to Health Services in Mtwara

Posted at 16:45h in News by Webmaster

Health services in Tanzania are among the poorest in Sub-Saharan Africa (SSA). There are only 4.6 professional health workers in Tanzania per 10,000 people, which is only 20% of the recommendation of 23 skilled health workers (doctors, nurses, midwives) per 10,000 people (WHO 2017). Tanzania is also the 17th  country in SSA with highest stunting rate (34.4%) of children under five years. One of the reasons behind poor health is poor nutrition, which in part is due to lack of knowledge of proper diets and feeding systems (Ruel et al 2005). For example, even though vegetables and fruits are cheaper than meats, their inadequate intake is the sixth leading cause of death in the world (WHO 2016). A demographic and health survey of 2016 in Tanzania showed that only 22% of children below two years consumed meat, eggs and poultry while 46% consumed fruit and vegetables rich in vitamin A (MoHCDGEC et al 2016).

To address these challenges, Tanzania designed A health policy in 2007. The policy sets a target of making primary health care (PHC) accessible to all Tanzanians by 2012 (MoHSW 2007). As part of efforts to achieve this objective, the Tanzania Primary Health Services Development Program (PHSDP) targets to have a dispensary in each of the 13,593 villages, a Health Centre in each of the  3147 wards and a District Hospital in each of 196 districts (MoHSW 2014).[1]  Additionally, Tanzania designed the National Nutrition Strategy (NNS) 2011-15, with a broad objective of ensuring adequate nutrition to all Tanzanians (MoSW 2015). The emphasis of the strategy is on under five year old children and reproductive age women – both of whom are the most vulnerable group. One of the NNS strategies is to use Health facilities to provide advisory services and education to patients on health, feeding practices, diets, micro-nutrient supplements and other services. This includes the assessment of community nutrition by collecting vital anthropometric and other key data of children and women attending regular clinics; providing advisory services on

As part of efforts to achieve the health and nutrition objectives, the government of Tanzania designed the Health strategic plan III 2009-15 in which partnership for delivering Millenium Development Goals (MDGs) was a key strategy. The strategy creates conducive environment for private sector and faith-based organizations to provide health services in partnership with the government. The Public Private Partnership (PPP) will enhance access and efficiency in delivering health services.

In response to the health and nutrition challenges and government’s health policies and strategies, this project proposes to upgrade the Mtwara Adventist Dispensary (MAD) to a health center. As it will be shown in the health situation analysis below, there is strong justification for supporting this proposal given the low access of health services and severity of poverty in Southern Tanzania. Additionally, the demand for health services and nutrition advisory services in Mtwara is increasing fast.

Shortage of health facilities is illustrated by comparing the number of health centers and dispensaries available and targets set by Primary Health Services Development Program (PHSDP). Figure 3 shows that Southern Tanzania (Lindi, Mtwara and Ruvuma regions) has the most severe shortage of health centers and dispensaries in the country. Health center shortage is 84% of the PHSDP target. It is not surprising that the largest share (56%) of women aged between 15-59 years in the Southern zone reported distance to health facility as a severe problem (Figure 3).

Figure 1: Density of skilled health workers and stunting of children below five years in Tanzania compared to SSA sub-regions, 2005-15 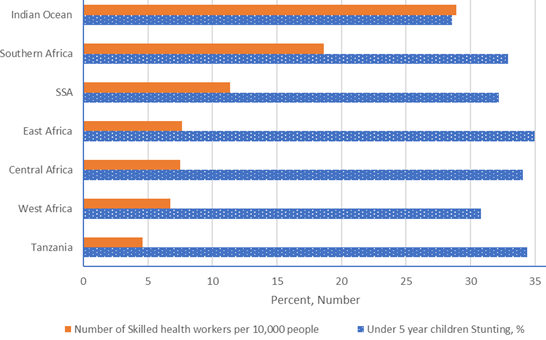 Figure 2: Distribution and type of health facilities across zones in Tanzania 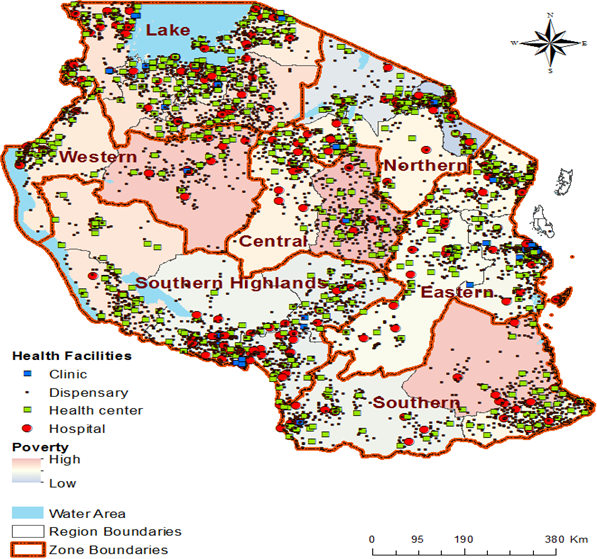 Figure 3: Severity of dispensary and health center shortage and access across zones 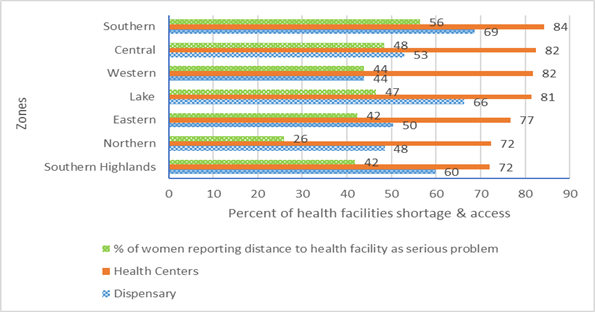 This project proposes to upgrade the Mtwara adventist dispensary (MAD) is in the city of Mtwara in southern Tanzania to a health center. The project is expected to run two years, beyond which the health center is projected to be fully independent and sustainable.

Justification of the proposal:

The demand for health services is fast increasing in Mtwara and demand for MAD services is increasing much faster. MAD was established in 1978 to provide health services to communities in and out of Mtwara municipality. The municipality had a population of 103,029 people in 2012 (NBS 2016) – a twofold increase from its population of 48,491 people the year MAD was established (1978) (NBS 1997). Mtwara municipality population is expected to increase faster due to the discovery of enormous reserves of natural gas at Mnazi Bay – which is 40 km away (Ndimbwa 2014). Accordingly, the number of patients at MAD has been increasing fast. MAD served an annual total number of 6,000 patients in 2012 only but the number increased threefold to 18,000 in 2016 (Figure 4). The number of patients served per year by one health worker per week increased from 667 to 900 during the same period (Figure 4). Another reason for the increasing number of MAD patients is its policy of accepting insurance by the National Health Insurance Fund (NHIF), which other private health providers have been refusing to accept due to the complex and difficulty of payments.  Additionally, MAD has a comparative advantage since it is run by the Seventh_Day Adventist (SDA) church, which promotes health and healthy living as part and parcel of its evangelical mission. Due to this, Orlich et al (2013)  found that Seventh Adventists live seven years longer than the average population.

To respond to the growing demand and severe shortage of heatlh services in Southern Tanzania, the MAD owner – South-East Tanzania Conference (SEC) of the Seventh-Day Adventist Church – decided in 2015 to upgrade MAD to a health center.  The upgrade will require rehabilitation of existing buildings and building new ones, buying medical equipment, instruments, pharmaceutical, reagents, and furniture. To comply with government requirement for health centers, the upgrade will also involve hiring new staff to allow it to provide health preventive and curatives health services to the growing number of patients.

Figure 4: Trend of number of patients and health workers at Mtwara Adeventist Dispensary, 2012-16

TAUS Inc, requests  a support of US$361,820 to build four new wards; rehabilitation of roof and ceiling of the dispensary and purchase of the first batch of medical equipment and instruments. The new buildings required for upgrading include four Wards – namely:

The new wards will each have 14 beds or total of 56 beds – a level which is more than twice the minimum 24 beds requirement for a health center – which is set by the Ministry of health. Table 1 summarizes the budget.

SEC will finance the cost for construction of the walkway – which will cost $7,016 as well as medical supplies and equipment worth US$ 19,955. Additionally, SEC will hire 24 staff – including a medical doctor (Table 2). As part of TAUS Inc. Mission – the officials traveling from US to Tanzania and those working remotely in US will donate their time to support health services development in their country of origin. TAUS Inc. Is requesting support of US$70,896 to cover costs for traveling costs to Tanzania to supervise the MAD upgrading activities and provide technical support necessary and ensure that MAHC achieves its stated objectives.  The TAUS Inc. budget  of US$70,896 includes air travel expenses, hotel and ground transportaiton for TAUS staff who will travel to Tanzania to supervise project implementation. Additionally, the TAUS Inc. Budget includes a 10% of total budget as overhead costs which will cover administrative costs for running the project.

MAHC Cost Recovery and Sustainability:
The total operational expenses of the MAHC will be US$600,495.10 (Table 2) while its income will be US$ 846,331.43. This means, upgrading MAD to MAHC is a viable and sustainable investment as it will have a projected annual surplus of 245,836.33. Consistent with their policy, the Seventh Adventist church does not use profits obtained from patients care to do unrelated activities like evangelizing. The profit will only be used for health-related activities. In this case, the profit will be saved to for replenish equipment and buildings; hiring more qualified staff; and providing other services.

When completed, Mtwara Adventist Health Center (MAHC) will provide health services and healthy living advisory services to Mtwara Municipal residents and surrounding communities. With 56 beds, MAHC is expected to provide services to 20,440 in-patients and 36,000 out-patients every year. Given the expected growth of Mtwara Municipal, the health and healthy living services will contribute to alleviation of the expected shortage of health and healthy living advisory services.  MAHC services will be especially crucial to the holders of the National Health Insurance Fund (NHIF), who are being denied service by many other health providers. This means, MAHC will provide health services to the poor who can not afford more expensive insurance policies.

In addition to health services, MAHC will provide healthy living education to patients – especially nursing mothers and reproductive-age women. Healthy living education – a core program in the Seventh-Day Adventist church – has been the landmark service of Adventist health facilities around the world. Studies in Tanzania and other African countries have also shown that Adventist and other Faith-Based Organizations (FBO) health providers reach more poor people and their patients had higher satisfaction rates than those of other health service providers (Olivier et al 2015). This further illustrates that MAHC will significantly increase access health services to the poor who need it most.

MAHC will hold one seminar each week and invite a maximum number of 50 participants from the public. This means 2,600 beneficiaries will receive nutrition education and healthy living training every year. The seminar will include training on the following areas:

Table 3: Staffing levels and their salaries

WHO. 2016. Increasing fruit and vegetable consumption to reduce the risk of noncommunicable diseases. Online at http://www.who.int/elena/titles/fruit_vegetables_ncds/en/.

WHO. 2010. Density of doctors, nurses and midwives in the 49 priority countries. Online at http://www.who.int/hrh/fig_density.pdf?ua=1.

[3] Presence of (especially) malarial and other protozoan parasites in circulating blood.