Heri Hospital – A Place For Acceptance, Healing and Refuge for the Stigmatized and Ostracized 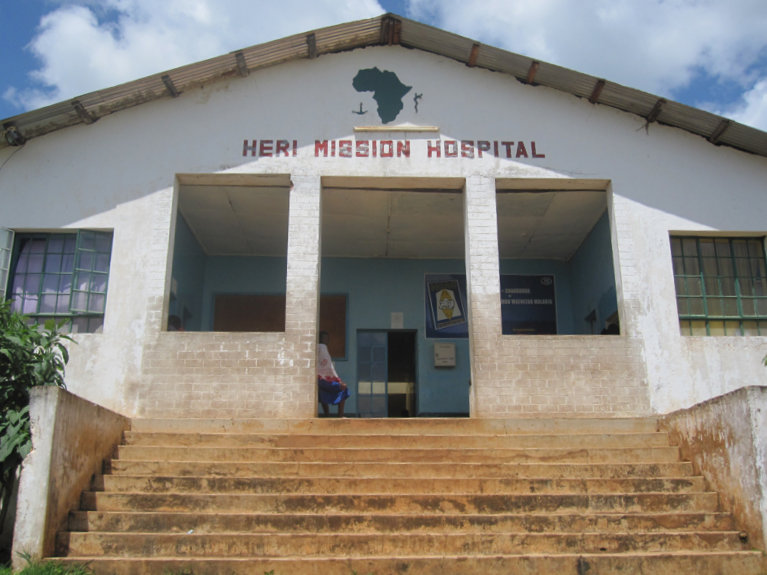 13 May Heri Hospital – A Place For Acceptance, Healing and Refuge for the Stigmatized and Ostracized

Posted at 18:07h in News by Webmaster

Social distancing sounds like a new phenomenon, though it has been there for as long as contagious diseases started ravaging humanity – following Adam and Eve fall into sin. The Moses Law (Torat) had strict rules of isolating the lepers to prevent contagion of the deadly disease. Leviticus 13:45-46 says “The leprous person who has the disease shall wear torn clothes and let the hair of his head hang loose, and he shall cover his upper lip and cry out, “Unclean, unclean.” All the days wherein the plague shall be in him he shall be defiled; he is unclean: he shall dwell alone; without the camp shall his habitation be.” Ironically and consistent with the CDC coronavirus social distancing guidelines, the leper was supposed to keep a distance of at least 6 feet away from other people when shouting “unclean, unclean.”

Stigma and ostracization of lepers lead to even more suffering than the physical disease itself since it renders the patient unable to do anything, but literary, wait for a slow and painful death. The disease could have negative impacts on the family of the leper in some cultures. In Kigoma for example, having a leper in the family affects everybody else. Anyone looking for a wife or husband has to inquire if there were a leper in the family of the potential in-laws. Marriage plans were terminated if it turns out a family member was or is a leper. 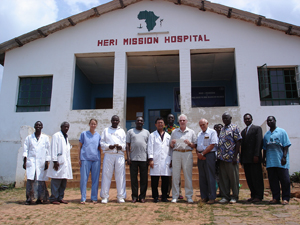 Heri Mission Hospital was a refuge for lepers since it was established with the primary objective of providing health services to leprosy patients. Even the name “Heri” has a history of acceptance and generosity of the people in the Nyamasovu village – where the hospital is located. Right after World War II, operations of the German missionaries – who introduced the Adventist church in the then Tanganyika – subsided. The British and American missionaries started to operate more intensively. Consistent with the Adventist approach of spiritual and physical healing, they started looking for a place to build a hospital in Pare in northeastern Tanzania – where the Adventist mission first started in 1903. But, the local people did not receive well the idea of building a hospital as they feared the Missionaries were planning to take away their land. Political reasons also contributed to the challenge – forcing the church to go to Ntuzu church district – located in Itilima and Bariadi districts in Simiyu region – where the Adventist church was well-established. The local people in Ntuzu also suspected that the missionaries planned to grab their land. The Adventists Missionaries ended up going to Kigoma where the local people welcomed the Missionaries and gave them 235 acres of land in the Nyamasovu village. The village stands at 5200 feet above sea level – creating a cool climate – and has lush vegetation and plenty of water. The cool climate in the highlands, lush vegetation, water availability and the warmth of the local people was the source of the name Heri – which means, “blessed” or simply “better.” The name reflects the blessing of natural resources as well as the generosity and warmth of Kigoma people, which the Missionaries received at Nyamasovu. Heri also reflects the services, which Heri Mission Hospital provided, and continue to provide to-date. 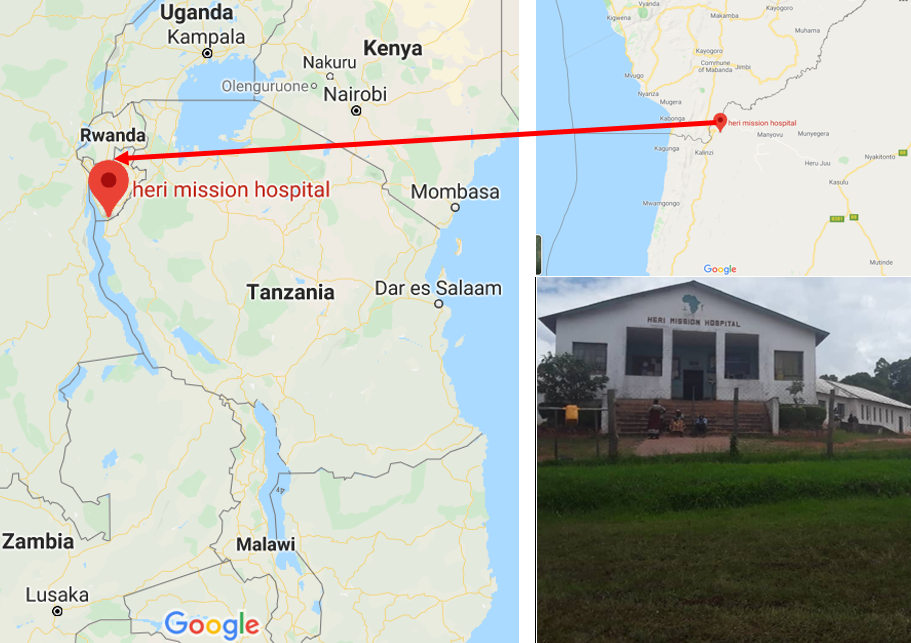 Figure 2: Location of Heri Mission Hospital, and its cool climate, lush vegetation and proximity to Lake Tanganyika reflect the warmth and generosity of the local people who welcomed the Adventist Missionaries and gave them 235 acres to establish Heri Mission Hospital. It is located only 4.5 km from the Burundi-Tanzania international border.

In 1947, an American Missionary – Pastor W. Sparrow traveled to Heri in Kigoma region to start construction of the new hospital – Heri Mission Hospital, which was renamed as Heri Adventist Hospital (HAH). HAH became the first and remained the only Adventist Hospital in Tanzania for 70 years, after which Mwanza Adventist Medical Center was opened in 2018.

HAH started admitting lepers in 1949 – when it admitted 20 patients. HAH immediately became a referral hospital in the western zone of Tanzania and neighboring countries – namely Burundi and eastern Democractic Repulic of Congo (DRC).   The hospital became so crucial as it operated over a wider area – including neighboring countries – that it started offering air ambulance services (Figure 3). HAH became a refuge of the stigmatized and ostracized lepers, so much that even those who recovered hesitated to go back to their societies for fear of being lynched. HAH established a camp for the healed patients and trained them to start economic activities. 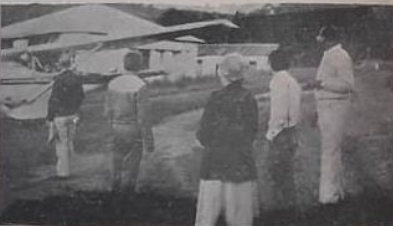 Better still, HAH didn’t limit its health services to leprosy, but it treated and continue to treat other diseases as well as providing nutrition and healthy living training to the community and to young people entering the health service sector. HAH opened a public health and tropical disease training in 1960, general nursing and medical laboratory training in the 1980s and a nursing and midwifery school in 2014.  Treatment of leprosy is no longer HAH’s priority since the disease has been significantly reduced globally. For example in Tanzania, there were about 3,500 cases in 2006 – which fell by 56% – or  only 1,535 cases in 2018. HAH’s focus has changed from leprosy to provision of  general health services, which are much needed in western Tanzania – an area with the third lowest access to health services in Tanzania – after Southern and Central Tanzania.

Even better, Heri hospital doesn’t only heal physical infirmities and diseases. The hospital has been evangelizing its patients and neighboring communities. The first permanent church building was dedicated in 1961 and as of 1963, the HAH church district total membership stood at 410 and over 3,500 members in 2006.

Just as Heri means, HAH has truly been a blessed and better place, which accepts lepers and Missionaries and generously gives them the gift of good health, livelihood, land and other resources. This legacy of healing, education, and evangelism, which HAH has built over the last 73 needs to be improved and expanded – especially now as the world grapples with pandemic scourge. 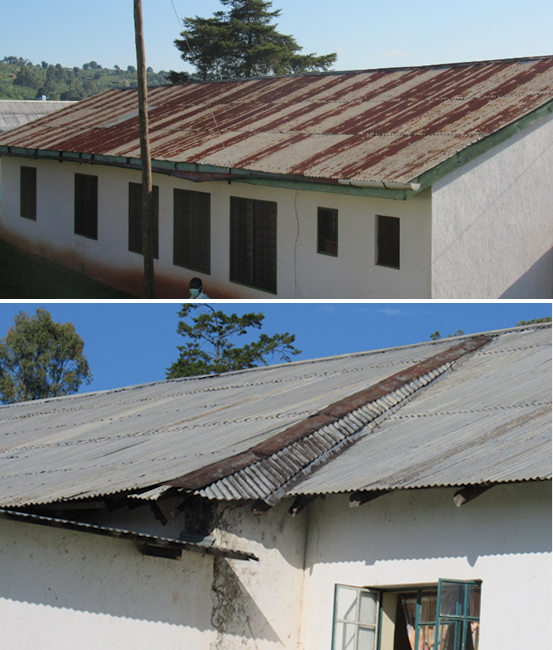 Figure 4: They have seen their best days: Old buildings of HAH – which need retirement or extreme makeover. HAH ward with rusted and sagging roof.

HAH celebrated 73 years since Pastor Sparrow’s groundbreaking event at Nyamasovu village. The old buildings have seen their best days and efforts are underway to upgrade the hospital to meet the new challenges and the ever-growing demand. Kigoma population has increased by about five times from only 473,443 people when Tanzania conducted its first census in 1967 to 2.2 million people in 2012. Kigoma is home to refugees from Burundi, Rwanda and DRC. For example in 2012 there were 115,646 refugees, and HAH offers services to several refugee camps. The increasing population has overwhelmed the few health providers, the old small buildings and other health facilities. The hospital buildings and other health facilities were built to provide services to a small population in 1949, which is less than 10% of the current population. The most critical shortage is the maternity ward, which has only three rooms – one for delivery and two for postpartum resting and sleeping. The 12×12 feet rooms – each with only three beds – is not enough for the fast growing demand and this is compromising the number of people HAH could serve and the quality of service it delivers.

To address this shortage, HAH is building a completely new maternity wing with much bigger number of beds. The maternity wing will have five wards for the following services: pre-delivery, delivery, postpartum care, operating theater, and high-risk pregnancy & delivery. Completion of maternity wing will have a very big impact. It will improve maternal and perinatal health services by increasing the number of beds from only nine to 30 beds.  The increased capacity will significantly reduce both maternal and neonatal deaths in Kigoma region. Neonatal death is the probability of a baby dying in the first 28 days. In Kigoma neonatal death stands at 18 per 1000 live births, compared to only three in North America. Maternal mortality ratio (MMR) — the number of all maternal deaths from direct and indirect obstetric causes per 100,000 live births in Kigoma — was at 277 maternal deaths per 100,000 live births, which is 15 times of the corresponding rate (of 19) in the USA.

The planned project is estimated to cost about US$57,000 and HAH has already secured $42,000 and is short of US$15,000 to complete the maternity wing. As shown in Figure 5, HAH has made significant progress in building the maternity wing. The remaining activities for completing the Maternity wing include: installation of windows and doors, floor tiles, paving stone, electrical installation, plumbing, sewage and drainage system, painting and storage tanks. 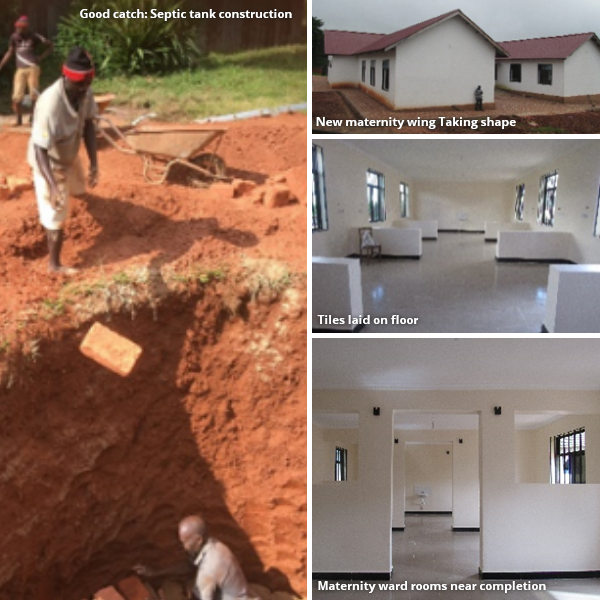 Figure 5: From the Ground up: Progress of construction of Maternity Ward at HAH

HAH has reached out to TAUS for help to complete construction by July 2020. Consistent with its mission, TAUS has agreed to contribute US$15,000 to HAH. Figure 6 below shows TAUS’s progress in achieving its target to raise US$15,000. As of May 12, 2020, TAUS has raised 78% of the total amount requested by HAH. We appeal to all members to complete their contribution to close the remaining 22% gap.

God is faithful and he will honor his promise of blessing you abundantly when you help those in great need in one the most remote areas in Tanzania. Let us help HAH improve its Heri legacy of generously giving, welcoming “the least of these” – who are stigmatized and ostracized poor people who are looking for healthy living and spiritual healing. The 73-year old legacy which HAH has built need to be cherished and nurtured during these difficult times as the history of this world nears its end. The coronavirus pandemic is stark reminder that our Lord is about to take us home. Let us work even harder to draw more people into His fold.

Source of funding for maternity wing construction – with total budget of US$57,000
TAUS contribution target of US$15,000 and achievement as of May 10, 2020